You are here » Home » Resource » Women in Improv

Hoopla are constantly working to increase the numbers of women in improv and comedy:

The Playground: The best women in improv, brought together from different groups and companies, all performing together on the Hoopla stage at least once per month. Run by Maria Peters and Lauren Shearing from Breaking & Entering with regular guests including Josie Lawrence, Rachel Parris, Ruth Bratt, Pippa Evans and more. This show also includes a section for newer female improvisers who have come from Hoopla courses.  This show was designed to inspire the next generation of female improvisers and over the years it has been running it has grown to be our most popular show and one of the most popular shows in London.

Other regular female shows include BRA and Ladyprov.

Check out dates for upcoming shows at our comedy club page.

“I started taking improvisation classes when I was 26 years old, having already been a performer on the comedy circuit for a few years in a double-act called The Wild Girls. Myself and my mate Kath wrote and and performed comedy sketches and songs but improv was a whole new world to me, and I dived in with enthusiasm. I soon became involved in Theatresports which was just starting in London and was taught by the illustrious likes of Phelim McDermott and Lee Simpson (now Improbable Theatre).

The improv community then, as now, was a large amorphous group of mainly young people, and, as well as taking part in Theatresports shows in various great venues like The Donmar Warehouse and the Arts Theatre in the West End of London, we created various permutations of improvisers to play smaller gigs in rooms above pubs.

After a couple of years, some of us formed a company specialising in long-form shows (which were very new in the U.K. in the early 1990’s). We were called Spontaneous Combustion. After a few personnel changes we settled into a core gang of three men and two women and played long and short form gigs all over London and the U.K. for ooh, about 10 years (occasionally reuniting even now).

These days, I mainly teach improv (and have been doing so for over 25 years!) and perform as a guest in occasional shows. I have used improv to devise many theatre shows, including with my company, The Weird Sisters, who toured the world with original plays and sketch shows. More recently, I wrote The Improv Book: Improvisation for Theatre, Comedy, Education and Life (Oberon, pub. 2015) which is an accessible and practical read for all students and teachers of improvisation.”

Some potted advice to women improvisers from Alison: 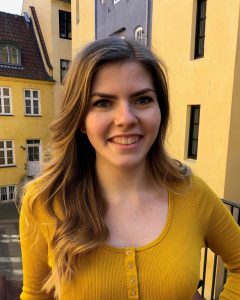 “I started improv after graduating university; I looked up improv in London and Hoopla seemed like a lot of fun! I booked a taster workshop, absolutely loved it and went straight on to doing courses. After spending a year in Australia I came back and auditioned for the house short-form team. It soon became Gämez, and I’ve been performing with them for over 2 years now. I am also part of Hat Trick and have performed with Grand Theft Impro, Improvised Crystal Maze and Fungeons & Dragons.”

My advice for first-time improvisers would be: go for it! I remember being terrified before the first class, but it’s so fun, friendly and supportive.

I started for the same reason as loads of other people – I wanted to push myself, be more confident, and meet some new people. I definitely have!

It’s fun! You get to be silly and laugh – who doesn’t love doing that? It’s such a welcoming and supportive community. I’m still friends with people from my first courses, and am constantly meeting new people.” 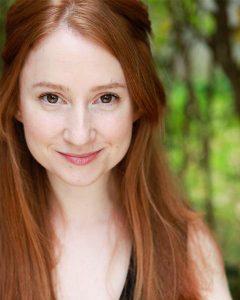 “For first-time improvisers I’d say honestly don’t worry about trying to be funny. Trust that the art form is kind of in-built to be fun to watch. As long as you’re genuinely making discoveries and being surprised the audience will be too. Also be kind to yourself and don’t beat yourself up about what you could have said/done in a show. There’s literally no point! Especially when you’re starting out, try to be as forgiving of your own mistakes as you would be of other people’s.

Sometimes people ask me what to do when they’re in a group in which they don’t feel confident. I’d say if you are nervous in a group/class/show & find other players overwhelming for whatever reason then try and get up/get in to a scene first. It will make you feel more confident and ensures you don’t get stuck to the wall.” 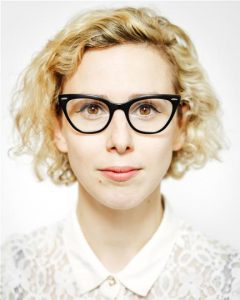 “I’ve done improv since I was in drama classes as a kid, but as an art form in it’s own right since 2004 when I joined The Maydays. I teach and perform all over the world with The Maydays, Project2 and others.”

What advice would you give to first-time improvisers?

“A lot of people imagine that improv is about being the funniest person in the room. Actually, improv is about making other people look good, about making obvious mental leaps and embracing failure. The side effects of being present, obvious and committed are comedy. It’s no coincidence that so many of our students get addicted to improv and make lifelong friends in class.”

We are very open to feedback about how we could improve the diversity of the UK improv scene, so if you have any suggestions please get in touch.